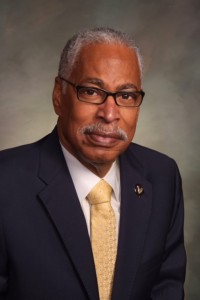 It is with a very heavy heart that we the members of the Black Democratic Legislative Caucus of Colorado share in the loss of our Vice Chair, colleague, and friend State Representative John Buckner.

Representative Buckner was the former teacher, Principal of Overland High School where the school’s gymnasium is named after him, Chair of the House Education Committee, and a champion for advancing youth through education in the State of Colorado. Elected in 2012, he was a trailblazer serving as the first African American elected from House District 40 and was member of the “History Five” — the first time in Colorado’s history that five African Americans served in the General Assembly.

Known for being the voice of wisdom in the House, Representative Buckner often used a calm but meaningful approach towards working with others and getting his point across. He sponsored many bills addressing School Finance, Student Opportunity Gaps, Student Testing, English Language Proficiency, Parental Involvement, Retirement Security, and supporting the Special Olympics.

John was not only our colleague, but also our friend. When faced with a frustrating challenge, he was there with words of encouragement and advice. He was always filled with optimism and delivered hope. In the end, he was there to remind us that whatever we faced wasn’t as bad as we expected. You could always count on him to be there when you needed him. We shared many laughs and good times together.

John is survived by his loving wife Janet, son Jay, twin daughters Jennifer and Joy, and three beautiful grand-children. Our thoughts, prayers, and gratitude are passed on to his family and loved one’s. Representative Buckner was friend to many, educator to thousands, and an example to us all. We thank him for his service and may the people of Colorado never forget all that he has done.